Greece, unlike many countries, refers to a very ancient past as well as to a very prevalent modern presence. The many stories from antiquity, and from the Christian era of Byzantium, teach values and morals which sustain the culture. Families have their favorite stories and schooling teaches the formative narrative of Greece’s heritage and history.Ancient heroes, Saintly figures and Revolutionary warriors become intertwined. Separating fact from fiction, prejudice from integrity and Faith from Myth becomes difficult even for the more learned of scholars. 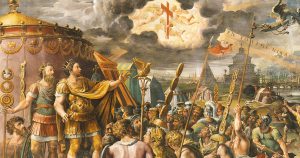 In part, this results from the fact that all Greeks appropriate the religious and cultural heritage, while not having studied and analyzed Orthodoxy in depth nor the history affiliated to each period of Orthodoxy. Hence, current value systems appear in contradiction with incomplete historic narratives.One such complex matter is the gradual dominance of Christianity during the Byzantine Period. The standard attack that Christian Emperors violated human rights in defending and instituting Christianity troubles many Greeks and, certainly, the youth who struggle to adhere to the ideal of their Orthodox Christian History. It is this specific message, which is to be elaborated on.

Although the life of a Saint provides examples for Christians and the Saint is loved, an historic figure, competent or ruthless, is not commemorated.

The second myth is that Christian Emperors feuded and persecuted non-Christians. This message is misleading and false. The reality of this new Right to Freedom of Religion during the first Constantinian Dynasty was met with opposition, as is expected in a society transitioning away from the absolutism of the Roman Empire.

The greatest contribution of Constantine the Great (306-337 AD) to Humanity was the Edict of Milan in 313 AD granting religious tolerance in the Roman Empire. The text was never fully retrieved but was quoted in length by Lactantius’ report “On the Deaths of the Persecutors”. The Edict of Milan accorded the right to all persons to be free to follow the mode of religion which best suited them.

Christianity did not become the official religion in the Eastern Empire until 380 AD, well after the death of Constantine the Great. Herein lies the confusion: Freedom of religion in contrast to a state- sponsored official religion and the political power applied in the battle over instituting an official state- religion.

Constantius II (337-361), son and heir to Constantine the Great, was the first to attempt controlling his subjects in accordance to his personal philosophy: “Let superstition cease, let the folly of sacrifices be abolished”. As Emperor he removed the Altar of Victory from the Senate House. His anti-pagan policies included the closing of temples, ending of tax reliefs for pagans and the death penalty for those who consulted soothsayers. However, Constantius II did not adhere to the spirit of the Edict of Milan nor is he a Saint of the Orthodox Church. His reign can be characterised by a hastening of the transition process into a Christian State-religion. 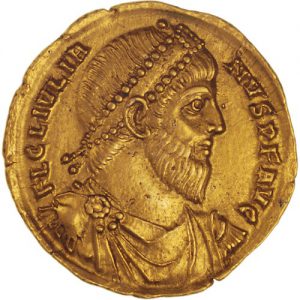 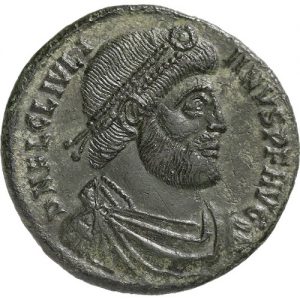 Christianity by the end of the reign by Julian the Apostate, was now well into the third generation. People were accustomed to their Freedom of Religion and comfortable with their identity as Christians; a religion which had already won over the greater majority of peoples of the then Mediterranean and Middle East world.