In recognition of Greece’s celebration of the bicentenary of Greece’s War of Independence, the Louvre Museum has inaugurated an exhibition on display from September 30th of this year to February 7th, 2022.  The Louvre exhibition traces the cultural, diplomatic and artistic ties between Greece and France beginning with the first diplomatic relations in the 17th century; thus, showing how the rediscovery of Greek antiquity in literature and in art, as well as the sciences, changed the European view of Greece. 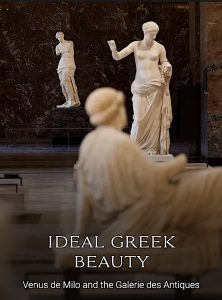 It was also 200 years ago, in 1821, that the Venus de Milo first entered the Louvre’s collections. 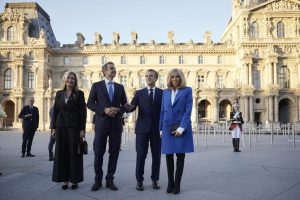 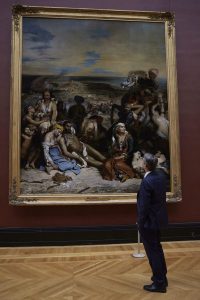 Greek Prime Minister Kyriakos Mistotakis visited the Louvre Museum in Paris days ago and reflected on a painting of Chios Massacre.

In the midst of the Greek War of Independence 1821, Chios, in particular, was met with a disparate response by the oppressor.  The famous painting by France’s Eugène Delacroix, entitled “The Massacre of Chios”, was inspired by exactly this massacre of the 20,000 Greek inhabitants of Chios at the hands of the Ottoman troops.