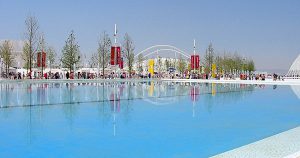 The pandemic has renewed the idea of bringing the Olympics back to the country that created them permanently.  Over the past few weeks there has been a stream of posts and articles from several sources, as well as various initiatives promoting the idea.  The idea is by no means new; it has been publicized many times in the past, and in the 1970’s even the Prime Minister of Greece (Mr Karamanlis) aired the idea.

The Olympic Games are one of the most watched and most expensive events on earth. It is expected that about half the world’s population will have access to coverage of the Tokyo Olympics. According to Japanese officials the budget reached USD$15.4 billion, but the government has indicated that the total spending may reach $20 billion, almost three times the original forecast of around $7.4 billion when Tokyo put together its bid for the Olympics. 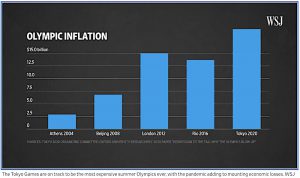 Moreover, the above does not account for the political and cultural  significance of the games, which cannot be quantified.  Indicatively, a recent article in the Japan Times about the current Tokyo Olympics stated that ‘From a geopolitical point of view, the last three Olympics being in Asia — the Winter Games in South Korea, the Summer Games in Japan, and the Winter Games currently scheduled for 2022 in China — are not insignificant. ‘  ‘In some ways, the Olympics are an opportunity to pursue politics by different means. Competition about who gets the most gold medals, and who gets the most medals more broadly, something that was very normal to America during the Cold War with the Soviet Union, has been supplanted by China, which is in Japan’s own backyard.’

However, the high cost of hosting the games, the organisational strain, and the ‘waste’ as sites are abandoned soon after the end of the event, has made many sceptical to the existing hosting rotation. A recent article in TeenVogue titled ‘The Olympics Devastate Host Cities and Need a Permanent Location’ argues that ‘While the Olympics tend to bring out the very best in athletes, they also tend to bring out the very worst in host cities.’ Even in Greece, which hosted the games in 2004, the Games were followed by disappointment that very important facilities were abandoned.

On the other hand, ending the rotation of hosting would meet with resistance.  Not least from the IOC, which would see its power undercut once it loses the ability to shop for sponsors and host cities.

So how do you reconcile the resistance to end rotational hosting with the advantages of a permanent host?

The answer may be co-hosting.  One permanent host together with a rotational host, will allow for permanent facilities to host part of the games, lessening the infrastructure burden for the rotational host.

The rotating host would have all the benefits of hosting, including an infrastructure drive that meets its budget, a geopolitical and cultural boon, an opportunity to shine on the international stage, tourism etc.   This would also allow poorer countries that cannot afford to build all the necessary infrastructure, to host the games.

A permanent co-host would allow for the development and maintenance of infrastructure for the games without the ensuing waste of abandonment that has been seen in so many countries.  The permanent host, Greece, would benefit from the continuous use of the infrastructure  and would see a financial bonanza every four years.

Furthermore, there are many additional advantages, as a permanent host would have the experience to assist and share the organisational burden, while allowing the rotating host to take on as much as they can handle.

Greece, the birthplace of the Olympic games, is the ideal anchor, as it is located between 3 continents, is politically stable and multicultural, and located in a stable region with an amicable climate.  As King George I of Greece said after the end of the 1896 Olympics  “foreigners… will remember Athens as the peaceful meeting place of all nations, as the tranquil and permanent seat of the Olympic Games.” 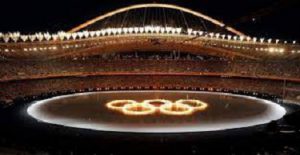